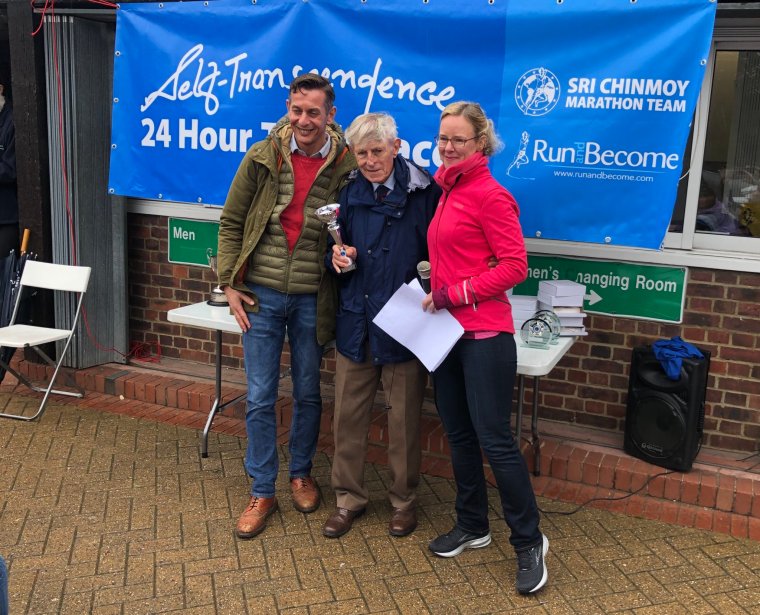 85-year-old Geoff Oliver set not one, but three new age-group records in the Sri Chinmoy Self-Transcendence 24-hour race (popularly known as the Tooting 24) in London, U.K. over the weekend, as buckets of rain poured down on the proceedings. Oliver appeared to be carrying an umbrella as he walked the track. Then he showed up for the the medal ceremony in a suit and tie. In fact, there were no previous records for 85+, so he knew that whatever he managed to do, he would set a record. Oliver covered more than 77 miles on foot in a 24-hour period at the Tooting Bec track in south London.

Oliver is a former ultrarunner from Hinkley, Leicestershire, who has taken part in numerous Sri Chinmoy 24-hour races over the years. Back in 2013 he set seven similar records for speed and distance in the over-80 category when he covered 152.3K. (However, his 100K split of 13:55:09 was a British, rather than a world, record.) He also set records at the same race when he was 75.