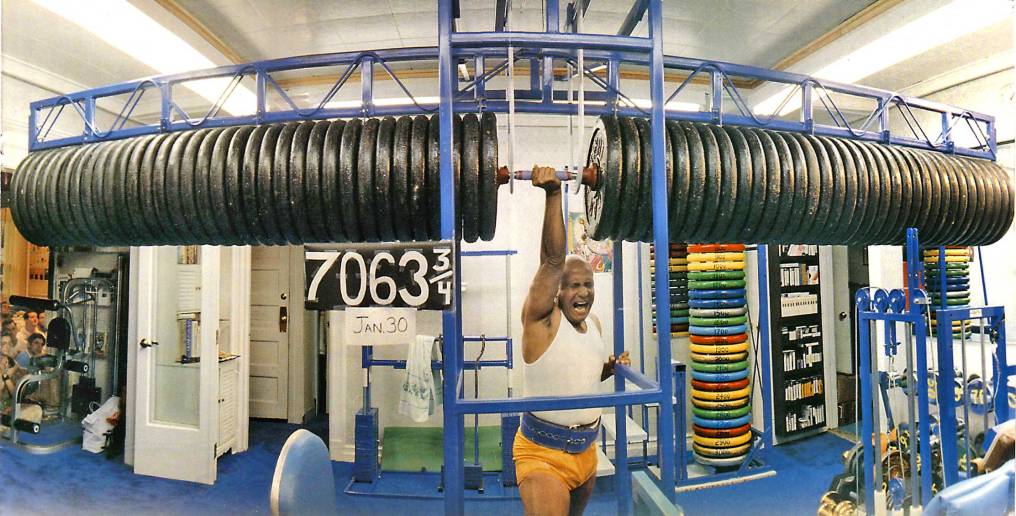 Many of us remember the cold January New York evening, the structure was complete and Sri Chinmoy would not only have to raise the sixty-eight solid 100-pound plate weights, but also the supporting truss and bar, which themselves weighed an additional two hundred pounds. At 1.25 a.m., January 30, 1987, on his 3rd attempt, Sri Chinmoy lifted 7,063¾ pounds. Of the five attempts (1.03 a.m., 1.13 a.m., 1.25 a.m., 1.37 a.m. and 1.50 a.m.) three were completely successful – a combined weight of over 10 tons, held aloft by one human arm and an unfathomable will. Jim Smith, from the British Amateur Weightlifters Association, who had been following Sri Chinmoy’s progress since he began, put it simply: “Sri Chinmoy is causing us to throw all our current beliefs in physics out the window. Sri Chinmoy is wrecking what we’ve always regarded as normal laws. Sri Chinmoy is rewriting the physiology books all over again!” (This and many more infos on Sri Chinmoy’s life you can read on the new website Sri Chinmoy Reflections). Klick on the picture to watch it in full size. 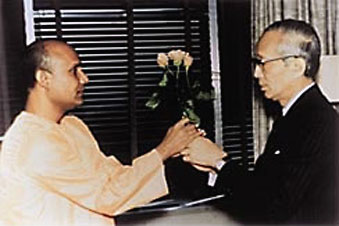 It was always inspiring to see Sri Chinmoy meeting celebrities from all walks of life throughout the world. Former UN secretary U Thant was one the first. Sri Chinmoy met him on February 29, 1972 at the UN Headquarters In New York. At that occasion, U Thant said: “I have been hearing about you from many, many people. Whoever speaks to me about you is all appreciation and admiration, and I personally feel that you have been doing a most significant task for the United Nations. It has been a great privilege for me to see you. Please feel my sincere respect and sincere concern for what you are doing for mankind.”